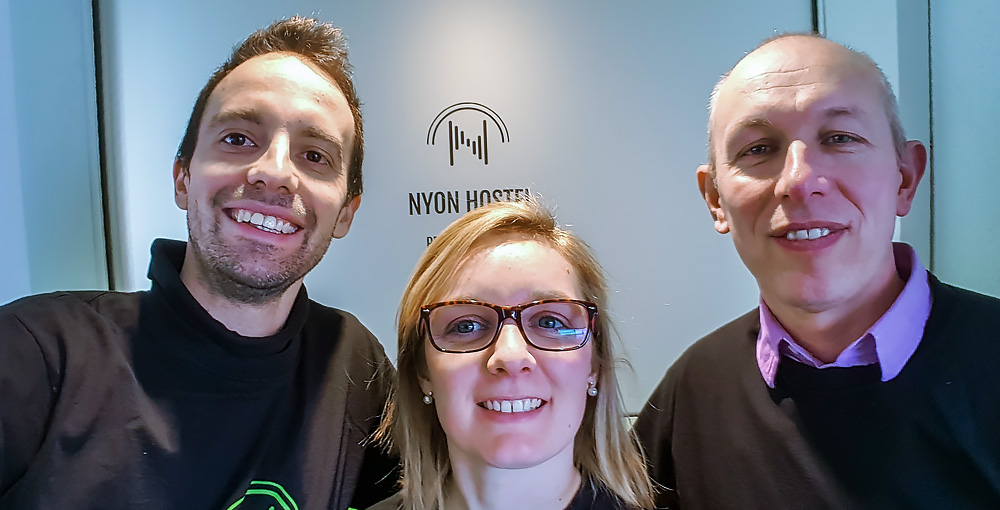 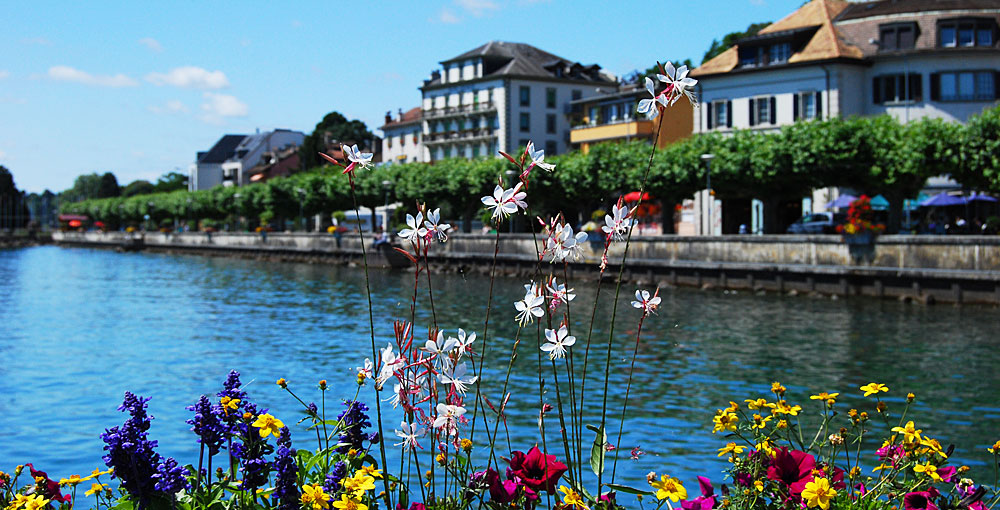 Nyon webcam
Get a feel for the weather with our live camera link to the Nyon promonade.

Maps were disabled by the visitor on this site. Click to open the map in a new window.

How to find us

Exit the train station through the rear exit (north). Once you have left the train station, you stand on “Route de St. Cergue“. Follow this street for about 1 km (you will pass a roundabout halfway). After 1 km you can find Nyon Hostel on your right. Welcome!

Take bus no. 804 (every 20 min.) in direction of “Chantermerle”. Get off at the fifth station “Nyon, Rte de St.Cergue”. Nyon Hostel is right across the bus stop. Look out! Please use the zebra crossing. Welcome!

Nyon Hostel is situated on the bicycle route no. 7 (Basel – Nyon), 1 km before reaching the destination in Nyon. We have special boxes in the basement where you can safely store your bike and charge your e-bike (ask for a key at reception). Welcome!
www.veloland.ch

Every 30 minutes a train runs directly to Nyon (xxh20 and xxh50) on the indicated platforms on the screens at the airport train station. Welcome!

Nyon Hostel Ltd was founded in 2015 by Andreas Kappeler and Manuel Arrocho. In 2016, the «Bel Automne» building, built in 1962 as a retirement home, was entirely renovated and rebuilt in the framework of a public-private partnership (PPP) with the City of Nyon. The reconstruction was planned by the architect’s office A. Cornaz & Associés Sàrl. Nyon Hostel opened on the 1st of February 2017. 128 beds in 27 rooms, of which 15 dormitories, 8 double rooms and 4 family suites are available for our guests.

We have already paid particular attention to sustainability during the reconstruction. The old oil heating was replaced by a modern and economical gas heating system, the building shell was insulated according to the latest standards and the windows were fitted with triple glazing. In addition, solar cells and solar collectors were installed on the roof, further reducing the building’s energy requirements. From 2021 onwards, Nyon Hostel is due to receive the “IBEX Fairstay” seal of quality for sustainability in the accommodation industry.

The financing partner of Nyon Hostel SA is the Alternative Bank Switzerland Ltd, which has set itself the goal of promoting ecologically and socially sustainable projects. In order to include the guests of Nyon Hostel in our sustainability concept, we provide them with free bicycle boxes in the basement, where e-bikes can also be loaded. In addition, there is a “Publibike” bicycle station of the City of Nyon outside Nyon Hostel. Tickets for public transport can easily be boughtat the hostel reception.

In order to make our guests feel particularly comfortable, we had an interior decorator and Feng Shui expert advise us on the reconstruction. This teaching of energy flows, which originates from China, ensures positive energy andwell-being throughout the building.

We do not have any vacancies to offer at the moment.

This website or its third-party tools use cookies, which are necessary to its functioning. By continuing to browse the site, you are agreeing to our use of cookies.

We may request cookies to be set on your device. We use cookies to let us know when you visit our websites, how you interact with us, to enrich your user experience, and to customize your relationship with our website.

Click on the different category headings to find out more. You can also change some of your preferences. Note that blocking some types of cookies may impact your experience on our websites and the services we are able to offer.

These cookies are strictly necessary to provide you with services available through our website and to use some of its features.

Because these cookies are strictly necessary to deliver the website, you cannot refuse them without impacting how our site functions. You can block or delete them by changing your browser settings and force blocking all cookies on this website.

These cookies collect information that is used either in aggregate form to help us understand how our website is being used or how effective our marketing campaigns are, or to help us customize our website and application for you in order to enhance your experience.

If you do not want that we track your visist to our site you can disable tracking in your browser here:

We also use different external services like Google Webfonts, Google Maps and external Video providers. Since these providers may collect personal data like your IP address we allow you to block them here. Please be aware that this might heavily reduce the functionality and appearance of our site. Changes will take effect once you reload the page.